Hey Cowboy! Get In My Fanny Pack and Let's Go 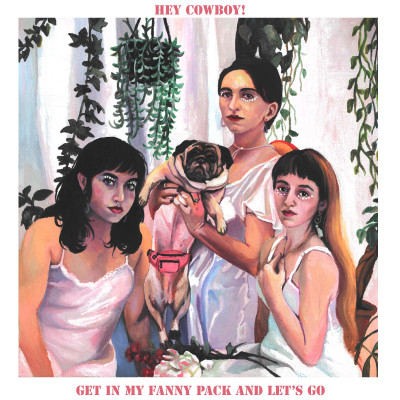 Austin Based trio, Hey Cowboy!, formed in Denton in 2017. Their music is described as dreamy bedroom synth pop with a twist of experimental. Members include Sydney Harding-Sloan on vocals and synthesizer, Micah Vargas on vocals and bass, and Gaby Rodriguez on vocals and drums. Hey Cowboy! has played with acts such as Girlpool, Hatchie, Shonen Knife, Ohmme, and Frankie Cosmos.

Following their 2019 EP Release, Sandy Cheeks, Hey Cowboy! Plans to release their sophomore album Get in My Fanny Pack and Let’s Go on Valentine’s Day, 2020.

“Micah Vargas (bass and vocals), Sydney Harding-Sloan (synth and vocals) and Gaby Rodriguez (drums and vocals) paint a serene sonic landscape with gentle harmonies and soaring synths. The vocals—high, beautiful and clear—particularly stand out, elevating the song into the stratosphere. It feels like a tune made for catching rays on a sunny day, the aural equivalent of looking up at a near-cloudless sky and watching one thin cloud drift across the blue.” - Clare Martin, Paste Magazine 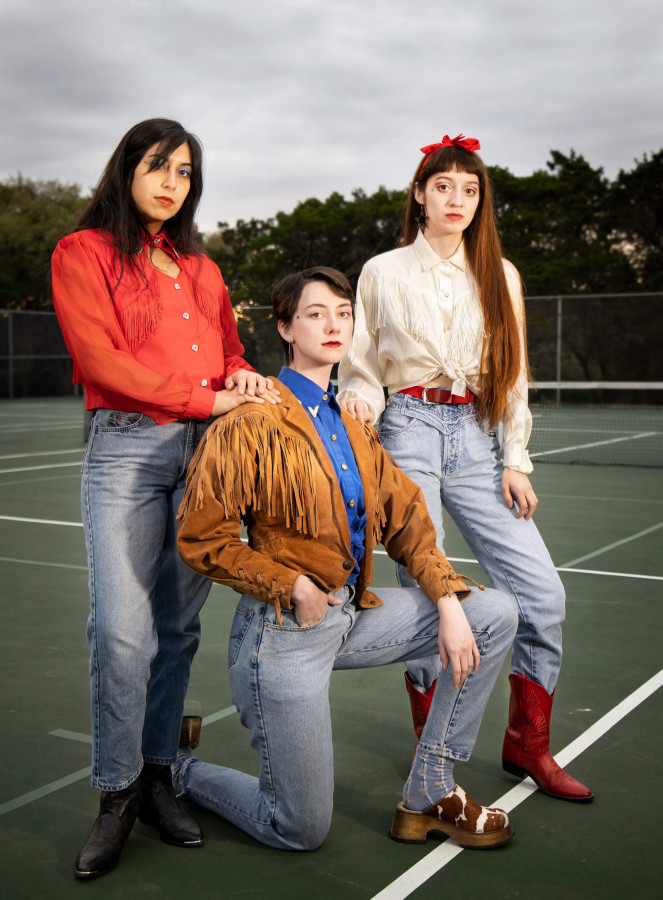 Get In My Fanny Pack and Let's Go