Hurt' is the brand new single from 2020’s breakthrough artist, Arlo Parks. The song was recorded in London earlier this year alongside long-term collaborator Luca Buccalleti (Cola, Eugene, Black Dog). Discussing the song’s message, Arlo shared the following. "'Hurt' surrounds the possibility of healing from pain and the temporary nature of suffering. It is supposed to uplift and comfort those going through hard times."

'Hurt' continues an outstanding year for Arlo, who was included on the BBC Sound Of 2020 poll as well as the Dazed 100 list, whilst also being named as an ambassador for mental health charity CALM.

Recent singles 'Eugene' and 'Black Dog' have amassed close to 20,000,000 streams combined, and both featured on the Radio 1 playlist - where 'Black Dog' remains on the A-list after a seven week run! The song was also playlisted at 6Music, reaching the A-list there too, and was performed live by Arlo in front of the Pyramid Stage as part of this year’s special Glastonbury television coverage.

Arlo’s rise was also recently discussed in a cover feature for the NME. And earlier this month she was named as one of Amazon's 2020 Breakthrough artists.

'Hurt' will premiere as Annie Mac's Hottest Record In The World, followed by Arlo's upcoming session with COLORS and a performance for NPR Tiny Desk. A UK/EU headline tour, and rescheduled dates in the USA with Paramore's Hayley Williams, will be announced soon. 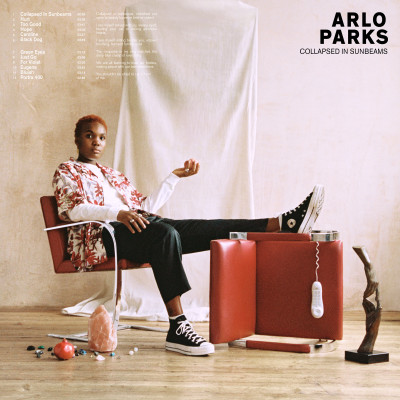