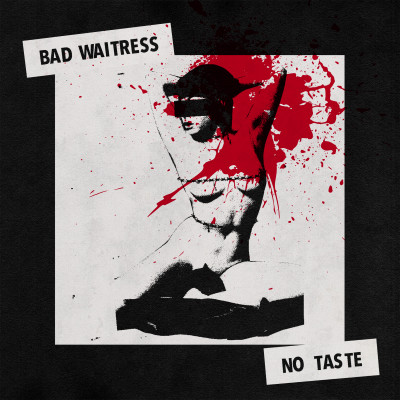 Bad Waitress’ antsy art punk revels in fits of fury and ego. It spits in your face and winks, ferocious and playful. The Toronto-based four-piece play like they’re conspiring or casting a spell, each member wielding a different power, howls and erratic drum fills and fiery riffs fueling one another.

That improvisation spirit doesn’t stop at their music. Katelyn Molgard, Nicole Cain, Kali-Ann Butala, and Moon finish each other’s sentences. Their conversations flow like free jazz. When asked to describe Bad Waitress’ sound, they agree on one word: conviction. “We play with conviction. There's nothing apologetic about it,” Kateyln says. “Even with our bizarre song structures, we don't hide anything in our music. It's just very...I don't like the word raw, it’s overused, but...raw.” The band fidget between genres, instead honing a distinct energy. “It's energetic. It's electric,” Moon adds. “It's whatever word that we can think of later that's better than raw.” Nicole suggests, “Honest?” Katelyn jumps in, “Rawnest.”

The path that led them together follows a similar rhythm. Kali (Vocals & Guitar) and Moon (Drums) started jamming as The Nude Dogs back in 2014. Katelyn (Vocals & Guitar) joined two years later, and by 2018, the trio would release their Party Bangers EP under the name Bad Waitress. “It started off small,” Moon reflects. “The main premise of the band was that we just wanted to get together and play music with people who weren't old men.” When Nicole (Bass) joined in late 2018, things really clicked into place. “We didn't realize what was missing until it happened. Then it was like, this is like what our fucking band was missing this whole time, this extra little piece that made it all make sense.”

Bad Waitress’ debut full-length album, No Taste, finds strength in mood swings, from upbeat “groovin down the street” songs like “Strawberry Milkshake” to “I'm gonna fucking punch everyone” songs like “Lacerate,” as Nicole puts it. “It’s good to listen to when you're walking alone at night. I get really anxious, but I feel powerful when I listen to this album, like I’m fucking untouchable. It’s basically a self-defense album.”

“There’s always a ‘fuck you’ to the man,” Kali says. “The album is a rollercoaster. Every song takes you somewhere different.”

“We definitely don't run the risk of being pigeonholed with this album,” Katelyn adds. “It really does showcase all of our talents individually and how they come together.”

“I slipped away into a distant void,” the opening track begins. “Rabbit Hole” throws you into a thunderous spiral, riffs ablaze, before “Yeah Yeah Yeah” pummels you down further with its driving guitars, crashing drums, and echoing shouts. By track five, Bad Waitress take on a slightly softer tone. Or maybe they’re just tired: “There’s cynicism, battling with vices,” Katelyn explains. “We’re using past trauma to generate a scathing, badass sound. We’re embracing our demons.”

Traces of Sonic Youth, Fugazi, Yeah Yeah Yeahs, and The Stooges can be heard throughout No Taste. The band also cite jazz as an inspiration. Moon’s background playing improv jazz, blues and swing makes it an essential force, at the core of Bad Waitress’ music and collaborative process. “Moon usually has a weird drumbeat that they’ll play spontaneously, then Nicole will jump in with her wack ass music sensibility on bass, and then Kali will play something that’s super wrong in a good way,” Katelyn says. “And then I’ll make sense of it and find where the chords are. It’s bizarre.”

“Our process is a little bit of everything,” Kali concurs. “I write the lyrics and usually a standard rhythm for the songs and we go from there, sometimes it comes from a jam.”

The closing track on No Taste, “Restless Body,” started with a beer bottle sound experiment. “One night, we were jamming at the label and Kali started fucking around with a beer bottle on the neck of her guitar, making all these weird sounds,” Nicole laughs. “I was adding Sonic Youth-y bass. Moon came in and it turned from an empty beer bottle into a whole epic. A lot of the collaborative songs come from us dicking around in between practice. We all egg each other on, and a lot of good things come out of that.” You can get an idea of the bottle’s tinny resonance on the final product, a guitar solo swirling and crying into the outro, “Restless body, take me home.” 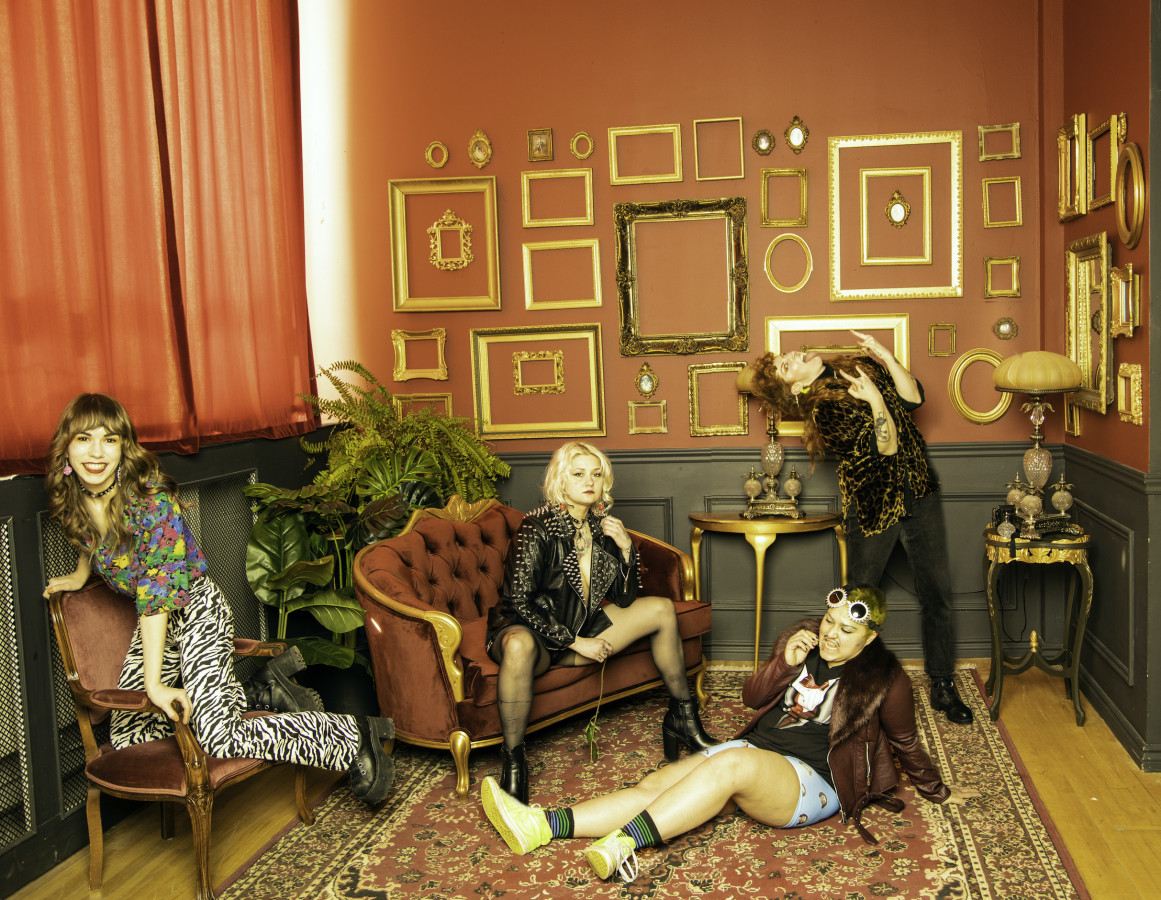