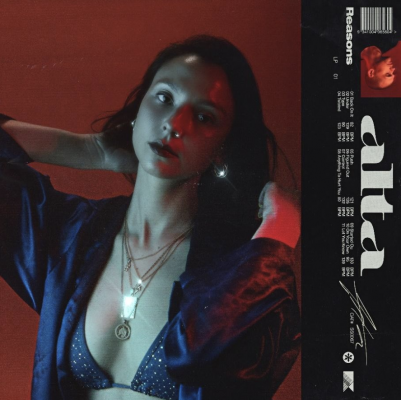 Inclusivity. Community. Authenticity. If you were to deduce ALTA’s ethos down to a three-word mission statement this would be it.

The Melbourne duo of Hannah Lesser and Julius Dowson work tirelessly on making intricate dance music with a simple goal: to move you. And not just in a physical sense. While they’re more than capable of filling dance floors across the country, the pair are looking for a more visceral response.

“If we can elicit any kind of emotional reaction we’ve done our job,” Hannah explains. “We don’t want to have a particular type of fan. We want everyone to be able to listen to our music and feel something. Any type of elitism or being part of the cool kids - that’s so far from what we’re about.”

Reasons, their long-awaited debut LP, more than lives up to that lofty goal. Following 2016’s Mess EP and a string of singles - including 2018’s double act ‘Figured Out’ and ‘Now You Want Me’ - the album is the product of many long nights making music together in a back room at their Brunswick home.

“The way we write is we’ll put together a loop and start adding components,” Julius says of their unique approach. “We create a vibe sometimes by having the music playing out the speakers as we record the vocals in. Sometimes we don’t even have headphones on for the vocal take.”

The idea is to bottle the kind of energy only a first take can provide. ‘Type’, for example, was recorded stream of consciousness style straight into the computer as sparse beats and synths were tweaked and layered in real time. Hannah says the song recalls a moment in her own life when she felt lost, but the message is ultimately one of hopefulness. “Lost but soon we’ll find/Myself again in time,” she sings.

“As a person you have so many different days,” she explains. “You’re constantly on a rollercoaster innately so it’s important to reflect that in your writing and your art.”

Sonically, Reasons mirrors that emotional journey - deftly moving from the sultry R&B of opening track ‘Back On It’ to the driving techno of ‘Control’. ‘Anything To Hurt You’ is a raw and direct first-person narrative (“You better get talking, you’ve got some/Explaining to do”), while ‘Twisted’ is about that distinctly human inclination of making the same mistakes repeatedly. “And it happens all over again,” Hannah laments over lo-fi garage beats.

On ‘Under’, Hannah writes from the vantage point of a character trying to wrest back control of their life. “And I never belonged it’s taking its toll/All this waiting that I’ve done/’Cause you’re on the run and I won’t let go/I’ll leave this undone.”

“Sometimes my lyrics are candid sometimes not so much,” she explains. “‘Under’ is all metaphor because you don't have to show your cards. As an artist you have to give so much of yourself, interpretation is what resonates so some things are just left to interpretation.”

The album’s title alludes to the sense of complacency that often sets in when people start making excuses for themselves. “It’s this internal thing,” Julius explains, “always coming up with reasons why things did or didn’t happen, or reasons why someone else did something. Often it’s self-preservation but it’s also bullshit.”

Alta have had an innate musical understanding since their first beats together back in the early-2010s. Since then they’ve shared stages with the likes of Bonobo, ABRA, Wiki and Kiter, and played festivals including Splendour In The Grass, Sugar Mountain, and Let Them Eat Cake. They’re been described as “one of Australia’s most exciting electronic acts by Pilerats and have been championed by Sydney’s FBi Radio, Melbourne’s Triple R, and triple j Good Nights host Bridget Hustwaite.

“Some of our characteristics and idiosyncrasies are exactly the same,” Hannah says of the pair’s dynamic. “We’re the same person. But we are very different as well. That’s probably why we work.”

While inspired by Melbourne’s supportive and diverse music community, ALTA wanted Reasons to reflect the insular way in which they’ve written music from the outset. There were no writing sessions in LA, or guest features on the record. Just two artists driven by a passion to put their art out as authentically as possible into the world.

“This is the only thing we ever wanted to do,” says Hannah. “At the end of the day we’re never going to stop making music together. It’s our identity, it’s who we are. Everything we do feels like it’s getting better. And we’re getting better because it’s honestly our passion.”

Live, the pair are hoping to mirror the album’s rollercoaster-like journey; flitting from frenetic to stark, sometimes within the same song. “Buckle up, basically,” Hannah says. 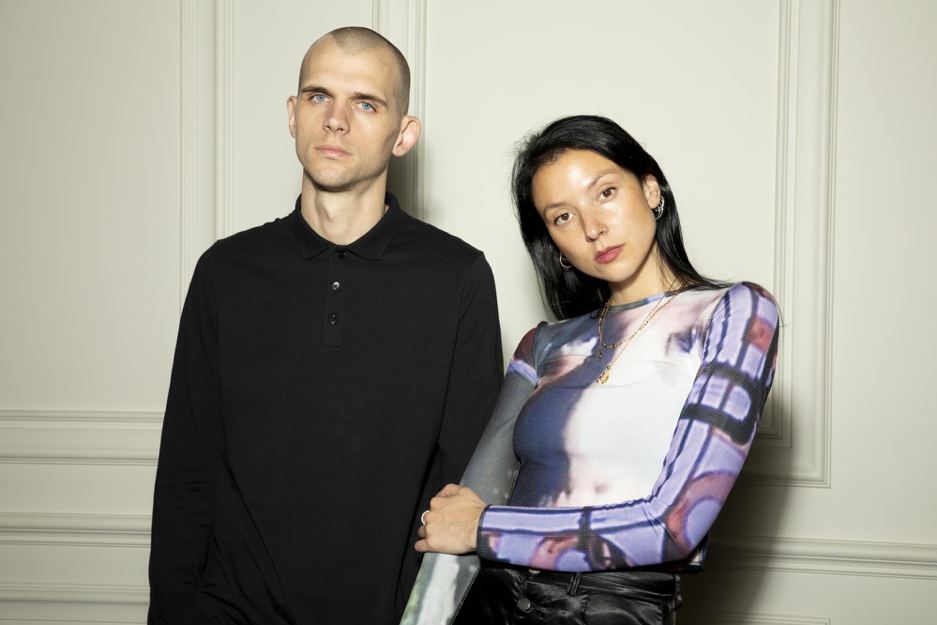