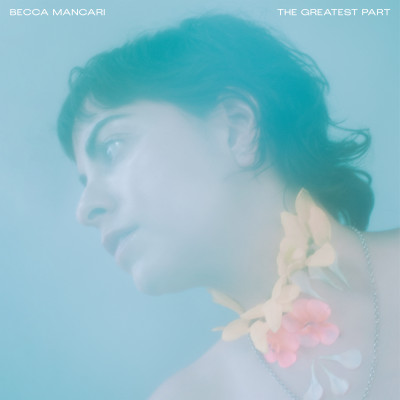 “This record was the hardest thing I’ve ever had to write,” says Becca Mancari. “At the same time, it was also the most freeing.”

It’s that dichotomy, that friction between grief and joy, pain and forgiveness, sorrow and liberation, that lies at the heart of The Greatest Part, Mancari’s captivating new record. Produced by Paramore drummer Zac Farro, the album marks a significant sonic evolution for the Nashville-based songwriter, expanding beyond the homespun rootsiness of her critically acclaimed debut to incorporate a grittier, more experimental palette, one fueled by explosive percussion and fuzzed out guitars. The lyrics are similarly raw and gutsy here, peeling back old scars to explore the emotional and psychological turmoil Mancari weathered growing up gay in a fundamentalist Christian home, while at the same time examining the ties that continue to bind her to the family she loves. Though self-reflection is nothing new for Mancari, The Greatest Part finds her digging deeper than ever before, excavating new layers of her psyche in an effort to make sense of where she’s been, where she’s headed, and most importantly, who she’s become.

“I felt like I was able be my truest self with this record,” Mancari explains. “When I first moved to Nashville, I stopped making music for a long time because I wasn’t sure where I fit in. I put all this pressure on myself about what kind of songs I was supposed to write and how they were supposed to sound, but the truth is that I had no context for country music. I grew up on the East Coast listening to indie rock and shoegaze.”

Born on Staten Island to an Italian/Puerto Rican family with strict religious beliefs, Mancari spent much of her childhood wrestling with issues of identity and belonging. After college, Mancari set out on her own, following the wind from Appalachia to Arizona, from south Florida to India, drifting in search of purpose and community. She eventually found both in East Nashville, where she garnered widespread acclaim for her strikingly honest songwriting and emotionally riveting performances. Good Woman, her 2017 debut, was a critical smash, praised by NPR for its “exquisite self-awareness” and hailed as one of the year’s best by Rolling Stone, who lauded its “confident vocals [and] spacious, hazy production.” Songs from the record racked up millions of streams on Spotify and helped land Mancari dates with the likes of Margo Price, Hurray For The Riff Raff, Shovels & Rope, Natalie Prass, and Julien Baker among others. On top of her solo work, Mancari also teamed up with Alabama Shakes frontwoman Brittany Howard and fellow songwriter Jesse Lafser to form the supergroup Bermuda Triangle, which earned similarly glowing reviews as they performed sold-out headline shows across the country and landed festival slots from Newport Folk to XPoNential.

Despite all her success, Mancari continued to struggle behind the scenes. The relentless pace and grueling demands of life on the road left little time for grappling with the trauma of her past, and in late 2018, as she approached the end of a year of non-stop touring, it became clear she’d need to make major changes in order to sustain herself in the long run.

“I reached this point where it felt like I couldn’t go on, where I wanted to walk out into traffic just to get away from everything,” says Mancari. “But all this memory and truth came flooding back, telling me I had to write about it. So that’s what I did.”

Though Mancari’s debut was certainly autobiographical, it was circumscribed by the limits of her comfort addressing some of the most sensitive and vulnerable aspects of her journey. There were feelings and moments she hinted at, but ultimately shied away from writing about explicitly.

“With Good Woman, I just wasn’t ready to address a lot of what this new record deals with,” Mancari admits. “I was scared. I was protecting myself and my family. I’ve come to realize, though, that telling the truth is actually a way of loving myself and loving my family even more.”

Mancari set about constructing a record that balanced unflinching self-examination with intoxicating grooves and infectious instrumental hooks. Most of the writing and recording process was captured at Farro’s home studio in Nashville before relocating to Los Angeles for finishing touches with GRAMMY-winning engineer/producer/mixer Carlos de la Garza (Paramore, Tegan and Sara).

“For the most part, this album is just two people having fun together in the studio with absolutely no restrictions,” explains Mancari. “It’s two people feeling totally comfortable expressing themselves, and that’s what was so freeing about it for me.”

That freedom is obvious from the outset on The Greatest Part, which opens with the hypnotic “Hunter.” Propelled by an airtight drum groove and lacerating guitar line, the track finds Mancari singing to a ghost from her past, promising, “You’re never gonna track me down / You’re never gonna find me out,” her crystalline voice floating effortlessly above the distorted maelstrom brewing below it. Like much of the album, it’s a song of defiance and self-assurance that’s streaked with loneliness and regret. “I’m Sorry” focuses on the internal turmoil that can arise from not yet being ready to forgive, while “Lonely Boy” is an earworm that reflects on the ways that fear can hold us back from human connection, and the bittersweet “First Time” reaches out to a younger self, asking “Hey, did you find your way out?”

“‘First Time’ is my coming out story,” says Mancari. “It was horrible, as bad as it could be, but I couldn’t not tell my truth anymore. That opening line, ‘I remember the first time my dad didn’t hug me back,’ is a memory that’s seared in my mind, and as much as I didn’t want to say it out loud, I had to. When I play these songs live, people tell me how much it helps them, and I feel lucky to be able to do that.”

As much as The Greatest Part is a vehicle for examining Mancari’s past, it’s also a lens through which she makes sense of her future. The dreamy “Bad Feeling” and driving “Pretend,” for instance, navigate the unfamiliar terrain of a committed, long-term relationship, while the disco-tinged “Like This” and swirling “Tear Us Apart” revel in the strength and support such partnerships can provide. Perhaps it’s the bare-bones album closer “Forgiveness,” though, that best ties together all of the record’s loose threads. Searching for mercy in the midst of lingering anger and grief, the hushed, intimate track locates the beauty in letting go, in accepting ourselves for all our flaws and baggage, in walking forward boldly into the unknown. 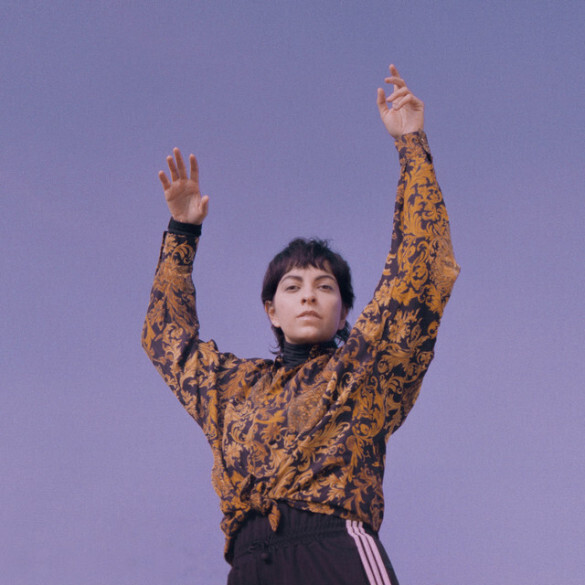 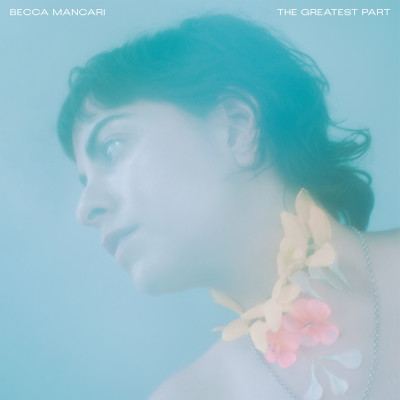