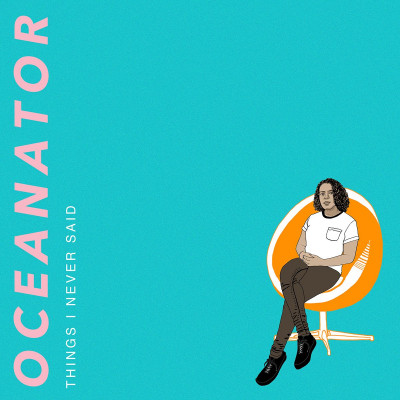 There’s a line on Oceanator’s debut full-length when Elise Okusami belts, “I think I think too much.” It’s a plainspoken yet resounding thesis for an album called Things I Never Said, which sees the NYC multi-instrumentalist hyperbolically equating early adulthood malaise with apocalyptic destruction. The type of anxieties that form when thoughts bottle up and stress gets the best of you. Throughout the record, allusions to intrusive thoughts and depression-induced stasis are weaved in between references to falling skies, rolling fires, and the possibility of the world literally falling apart. “If the sun never came up tomorrow / do you think we would even notice?” Okusami asks in “I Would Find You,” a moody ode to staying out late and sleeping until the afternoon. Or as Okusami puts it, “keeping to the shadows.” However, while her emotional and physical solitude makes for a resilient foe, Things I Never Said is ultimately a record about finding comfort in the face of destruction. Whether it be through appreciating the little things, like “hot tea on a cold fall day / and dressing up for Halloween,” or forming a bond with someone you can mutually confide in about mental afflictions (“I told you I could never be enough / you took me by the hand / and told me you understand”). Complementary to the extraordinarily direct subject matter, the songs themselves are punchy, sticky, and immediately engrossing pieces of heavy grunge-pop. The album opens with pounding power-chords that Okusami tastefully palm-mutes in order to accentuate the hook, and then lets rip by the song’s gratifying climax, adding a simple yet hooky lead riff for extra emphasis. Although she recruited a couple friends/members of the Oceanator touring band to play many of the bass and drum parts, Okusami is the sole songwriter/arranger of her music, and the instrumentation feels intimately connected with her lyrics. “Heartbeat” is a racing power-pop cut with a joyously shreddy guitar arpeggio that perfectly translates the chest-thumping rush of being near your loved one into song. “The Sky Is Falling” is a song about being consumed by depression and witnessing everything fall down around you while you remain stuck in a state of paralysis. In it, Okusami’s voice is cleverly quiet, stark, and resigned as the chaotic, walloping guitars thrash and burn around her. One of the record’s standouts, “A Crack In The World,” breaks down into a half-tempo churn toward its end, as Okusami swears that “I’m still trying my best” despite the news on the TV. The song literally sounds like it’s spiraling down into its titular crevice, while Okusami desperately claws at the ground to keep “the skies blue anyway.” There’s no concrete resolution to the album, but rather a vital reminder that love and friendship, both with others and herself, will always reign victorious in our darkest moments. The album ends with a song aptly titled, “Sunshine,” in which Okusami, backed by just her chugging guitar, details a day of venturing outside into the sun and subsequently accepting herself in solitude. “I’m okay,” she repeats a few times at the end of the track, before resolving with the renewed comfort of “on my own.” The album artwork features a cartoon sketch of Okusami sitting alone in a chair in front of a blue background that could very well be those blue skies she was fighting to maintain sight of. Her tepidly peaceful demeanor on the cover art suggests that she’s wise enough to know that this feeling won’t last forever, but that it will in fact return—echoing two of the last lines on the album: “Sometimes it gets me down / but I usually come around.” 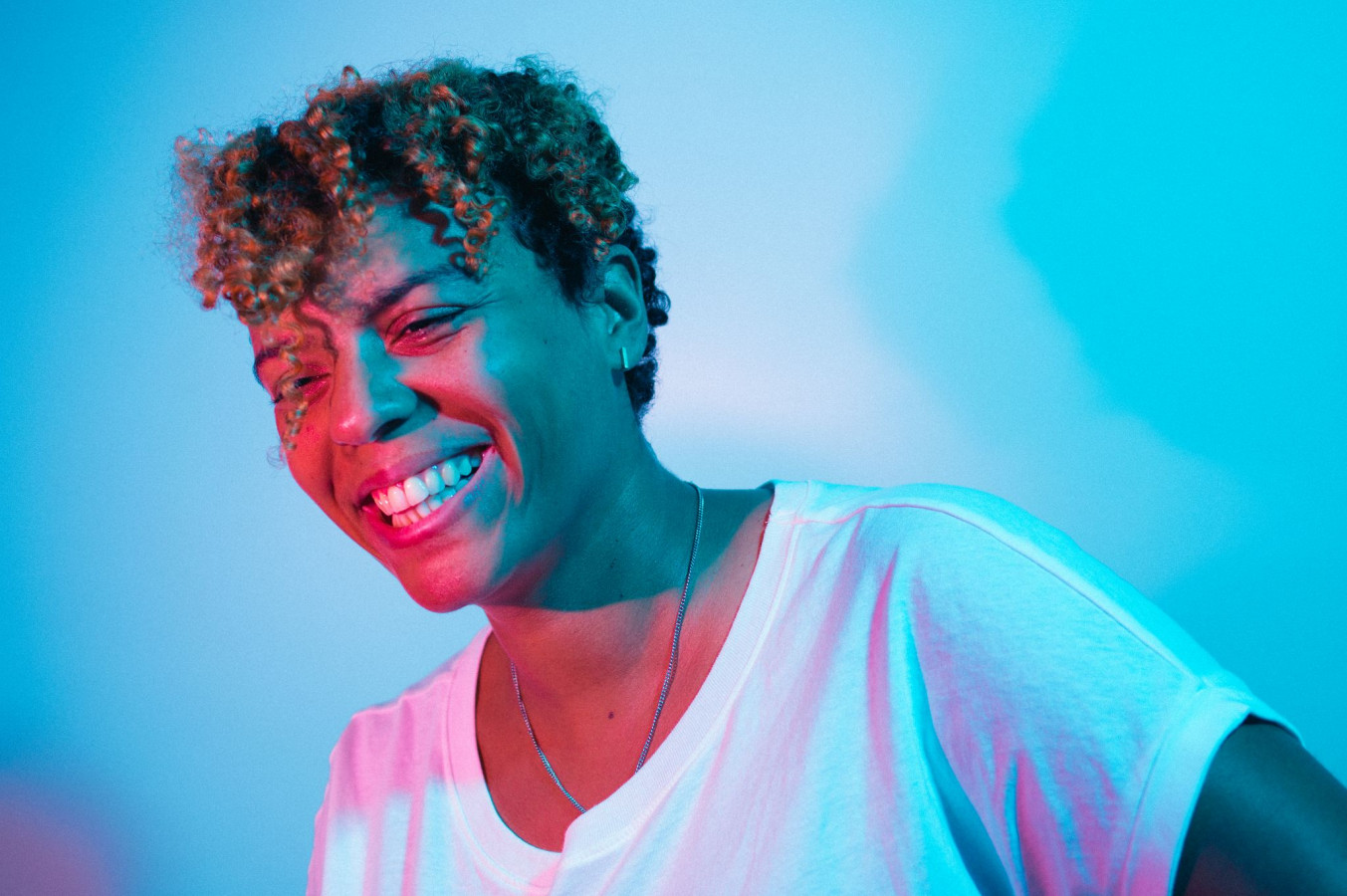