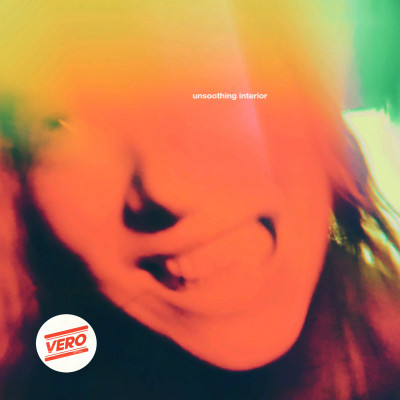 On their debut album ‘Unsoothing Interior’, Stockholm’s Vero reflect the nature of life itself. Their songs prioritise feeling over perfectionism – what feels, or sounds, best – creating a record that tumbles through its contents with a sense of unpredictability, excitement and curiosity. “We don’t want to be super musicians; we want to write the best fucking songs and just have the best energy and show people that we’re having fun,” explains singer and bassist Julia Boman. “We don’t want to be a perfect band, in that sense.”

Fun has always been at the heart of Vero’s story, which began when guitarist Clara Gyökeres walked up to Boman and asked if she wanted to start a club night together. With the bassist’s school friend Amanda Eddestål, also now on guitar, they started DJing as a trio before eventually deciding it would be more enjoyable to play their own music rather than other artists’ and formed the band. “We DJed old disco music, but all three of us were going to rock concerts and loved rock music,” Boman says. “We were like, ‘We’ve all made music in some way before so we should start playing together instead’.”

Voracious music lovers, at first they struggled to settle on one sound, purely because they wanted to try their hand at “every genre possible”. But during the making of their 2020 EP ‘Heaven On Earth’, they shifted from synthesised sounds to using guitars and real drums, and had an epiphany.

“Synthesisers are so controlled,” Boman explains. “You have to really be like, ‘Oh, that’s not the right tune’, but when you’re playing the guitar, it can sound pretty chaotic. When we write now, we don’t have much control. We’re not very picky about it.”

“We want to be able to play everything live as it sounds,” adds Gyökeres. “That just really changed the sound of the band too.”

It’s an approach that’s stuck with them into ‘Unsoothing Interior’, an album full of raw guitar riffs that spin and swirl and fizz, and evoke the spirit of artists like Sonic Youth, Garbage and Pixies (lyrically, it boasts a sardonic wit in the same vein as Elastica). On the recent single ‘BEG!’, they match the anger in the band’s lyrics, building from something lowkey to searing walls of sound. At other times, as on ‘Cupid’, they clash discordantly, creating a sense of instability and chaos. “Instead of it being nice, it’s OK for it to be weird, and it’s good if people don’t like it too,” Gyökeres says. “This is the core of us now, and it feels really good to get to do that now.”

“It’s not supposed to feel expected,” nods Eddestål. “That’s very important. We don’t want people to know what they’re gonna get next.”

The album’s title reflects that unpolished sound and the tumultuous nature of navigating your twenties. “You’re trying to create this room for yourself that’s going to be pleasant and nice, where everything’s OK, but then it’s not nice all the time,” Boman says. But, as Gyökeres describes it, it’s less the feeling of a “put together apartment with soft colours” and more David Lynch – “all of a sudden not so soothing anymore”.

The record is a document of the three musicians’ own experiences, injected with a natural urgency that comes from both the reality in the songs and writing and recording them in a studio paid for by the hour. For its listeners, it acts less as a roadmap through the turbulence and more as a confidante to share the highs and lows, drama and desire with, encompassing everything from sex, friendship and figuring out exactly who you are.

On ‘Beluga’, they explore lust, luxury and trying to find the key to happiness within that, while the more lethargic ‘Sex, Me & TV-shows’ finds them imagining being a good person instead of wasting the day away in bed binge-watching Netflix. ‘She’s Scared Of Everything’, meanwhile, highlights a bond between friends and “trying to support someone who’s feeling bad when you’re feeling bad yourself”. Each song is often a morphing of the three women’s lives and perspectives, each adding to the story to create a heightened experience. ‘Sticky’ is a prime example, melding the trio’s individual encounters on one night out, moving from something brighter into Vero’s more typical darkness.

. But, notes Gyökeres, it’s “just one of the albums we’ve always wanted to make. There are plenty – this is just the starting point”. 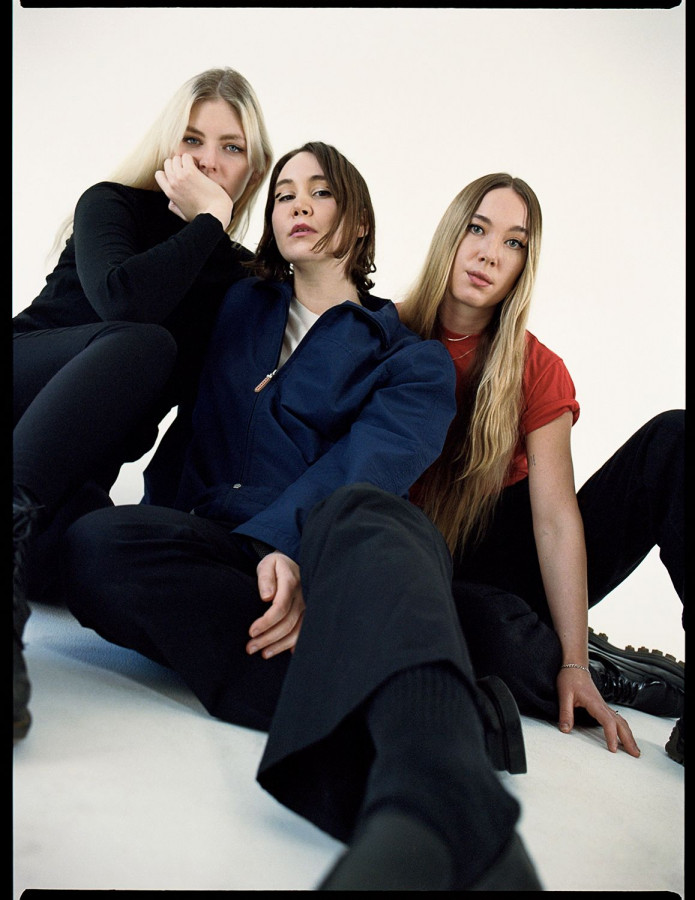